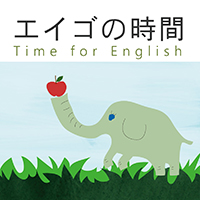 As the new year 2012 dawns, Kaori and I would like to send our hearty greetings and good wishes to our listeners.

2011 was an extremely trying year for Japan, being hit by a disaster of unprecedented proportions that combined an earthquake, tsunami and nuclear crisis. We sincerely hope that 2012 will be a better, happier, brighter year for everyone.

We thought we could write a new year message in our own words but we’d rather like to share some words of wisdom that have stood the test of time.

” Our greatest glory is not in never failing, but in rising up every time we fail.”
– Ralph Waldo Emerson

“Logic will get you from A to B. Imagination will take you everywhere.”
– Albert Einstein

“When something does not insist on being noticed, when we aren’t grabbed by the collar or struck on the skull by a presence or an event, we take for granted the very things that most deserve our gratitude.”
– Cynthia Ozick

“Success is the ability to go from one failure to another with no loss of enthusiasm.”
– Winston Churchill

“To accomplish great things, we must not only act, but also dream; not only plan, but also believe.”
– Anatole France

“It’s kind of fun to do the impossible.”
– Walt Disney